WHY YOU SHOULD LEARN BLOCKCHAIN TECHNOLOGY 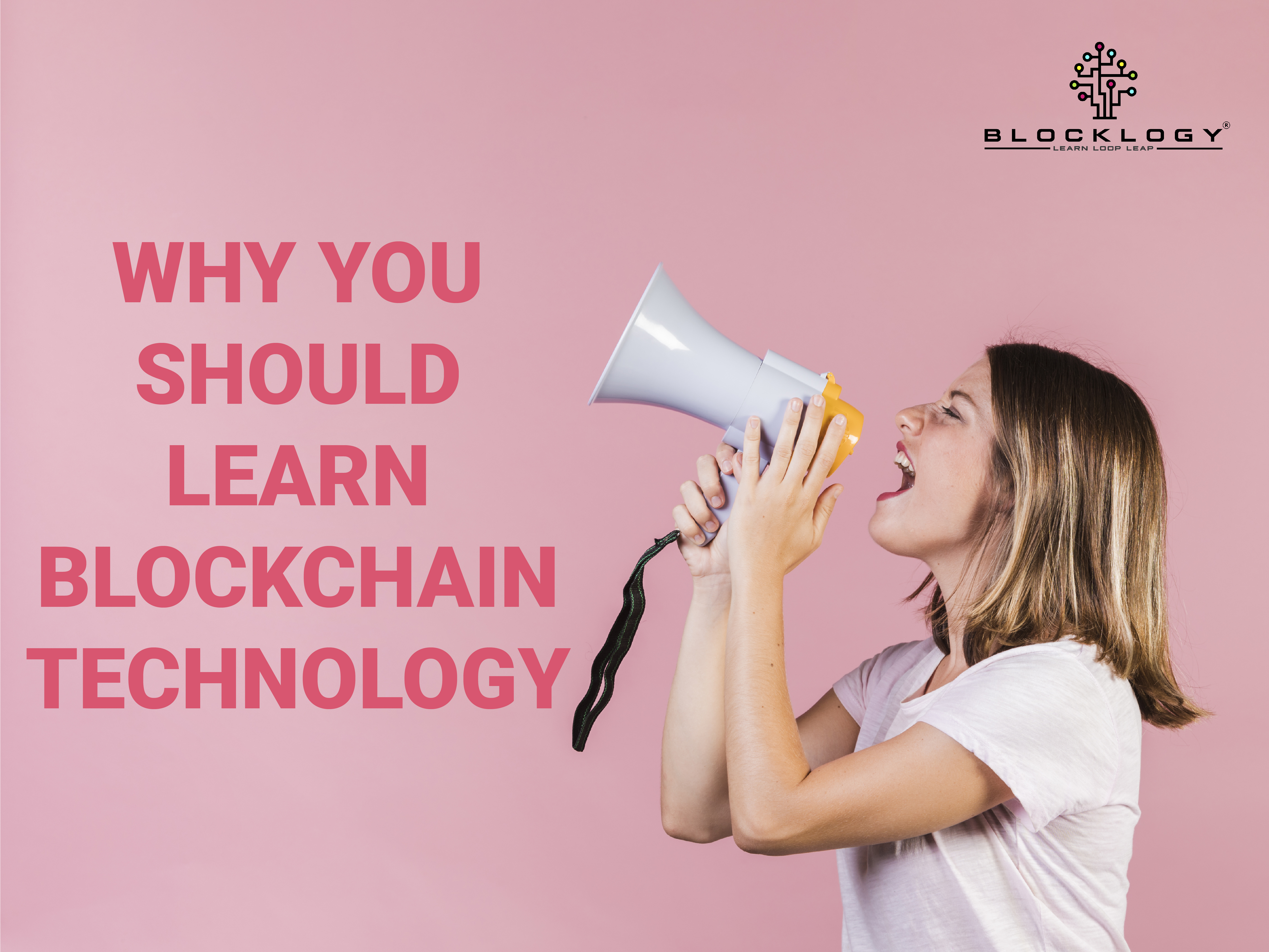 Blockchain has become very popular in recent years, because of its nature. It is a distributed digitalized ledger technology that enables extremely secure and legitimate transactions to take place using a peer-to-peer network. Blockchain was introduced in 2008 and brought into practical use from 2009. Since then, it has continued to gain popularity and has become increasingly useful and efficient in a lot of domains.

Because of the craze and potential Blockchain brings and interactive design and diverse topics of Blocklogy E-learning App, Blockchain is one of the most subscribed courses in Blocklogy. Blocklogy aims to educate the concept of blockchain and nurture new talents in Blockchain Programming. This initiative will develop the future community of future-oriented technology and build a strong foundation of better tomorrow.

Since blockchain was introduced as a new concept, it has created more and more job opportunities for trained blockchain professionals. Once you educate yourself about Blockchain you will be one step towards your promising blockchain career. Every year and especially around 2017, a significant hike in salaries was noted driving more people to get trained and seek jobs in the blockchain domain.

Blockchain is flexible to integrate with all sorts of traditional as well as new technologies, because of its universal infrastructure. It already has various applications in the domains of banking, commodity trading, voting, supply chain, management, etc. Also, the concept of blockchain, smart contracts, and distributed ledger system merges perfectly.

Since the time of its arrival, Blockchain has continued to gain popularity and prove its potentiality. Statistically, it`s proven that blockchain`s demand in the market has increased every year. This level of growth shows that blockchain is going to remain a domain of having job opportunities.

Technically, blockchain is a secure chain of digital records that exists on multiple computers rapidly so no record can be erased or falsified. Blockchain`s lack of central storage place ensures there is no one target for hackers. In fact, some suggest that blockchain could become a component of the next generation of the internet.

Blockchain is believed to be one of the revolutionary technologies that secure the spot in the market. Already many Giant Corporations have integrated with blockchain technology. This means that it won’t take long for blockchain to become a widely accepted technology.

These were the reasons for you to learn blockchain. We hope this list of reasons will help you make your mind. And, if you have made up your mind visit the link below, Download Blocklogy E-learning App & Empower yourself towards future technology.

Apart from Blockchain, there are many more compelling courses available on Blocklogy such as; Machine Learning, Artificial Intelligence, Technoingress, Intelligent IoT and many more.