What Are the Different Careers Available in the Technology Space for Students of Today? 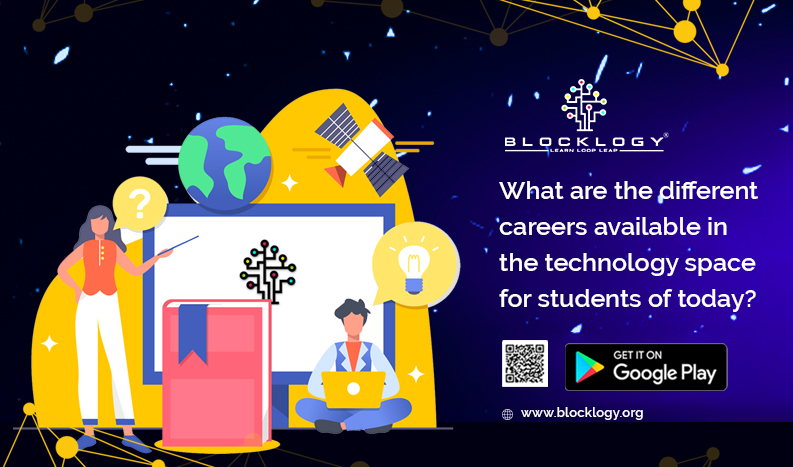 Technology is evolving day by day, which tends for the creation of something new, improved, quick, efficient and safe. With the enhancement in technology, there are always new ways created which ensure success while achieving goals, and in less duration of time, without any explicit instructions. The global industry is witnessing disruption with the entrance of modern technologies like the blockchain, IOT, AI, data science, machine learning etc. which are being considered the future of technology-market. These are also the future career opportunities for the young minds.

Data Science is considered as the most prolific job sectors of 21st Century and one of the best options available due to the impact of information technology in the coming future. In fact, Data Science is a multidisciplinary field that uses scientific methods, processes, algorithms and systems to extract information from structured and unstructured data. Or it can be defined as the data mining, which utilizes powerful hardware, the most powerful programming systems as well as the most efficient algorithms in lieu of solving problems.

The scientific study of algorithms and statistical models which is used to perform a specific task from computer systems without using explicit instructions, called Machine Learning. A subset of artificial intelligence, ML algorithms constructs a mathematical model of sample data, known as “training data”, used to make predictions or decisions without any explicit instructions. It is used in applications such as email filtering, and computer vision without creating any specific instructions to perform a task.

Blockchain is a growing list of records, called blocks, which are linked to each other via cryptography. Each block holds the cryptographic hash of the previous block, a timestamp. Once a record added it cannot be altered. It is a public, distributed ledger which records peer to peer transactions, which are validated and permanent. There is no centralized authority in the blockchain to control transactions, which enhances security and all the transactions are visible to all in the network which conveys transparency to the system.

Since blockchain is a newer technology, which is still in its development phase, there are not many reliable and complete resources available to learn the same from a career perspective. Blocklogy, which is an e-learning app for blockchain tech, provides an affordable and comprehensive platform for learning career-oriented blockchain development and programming. The app has been developed by KMPARDS with an aim to make the youth future-ready by teaching them the concepts and programming in advanced technologies like blockchain and IoT. The courses at blocklogy are divided into different modules to suit the knowledge and understanding level of different learners.

Internet of things is a connectivity between all the internet based hardware and devices embedded with sensors to fetch data over the internet connection and respond in a similar manner also synchronizing with the overall procedure to replicate the desired command for the user.

So, inorder to bridge the gap between students and industry, blocklogy has come up as an elearning platform where you can learn these upcoming frontline technologies at an affordable cost.